Mika Kaurismaki’s new film The Girl King might surprise viewers who are familiar with “Queen Christina”, the 1933 historical drama starring Hollywood legend Greta Garbo. The highly romanticized Garbo film presents the young 17th-century Swedish queen as a heterosexual in love with a Spanish envoy, who was played by John Gilbert, Garbo’s real-life partner. Completely ignored in 1933 was the fact that the Queen was a lesbian. “The Girl King” tells the rest of the Queen’s story.

“The Girl King” is a sumptuous visual feast that transports its viewers back to the days of Christina’s reign. Kaurismaki’s camera glides effortlessly through castle halls, across wintry landscapes, and into the soul of the lead character. The film paints an accurate portrait of Christina’s love for art and literature, and of her determination to lead her people to peace after the devastating Thirty Years War between Catholics and Protestants. Some of these themes were touched upon in the Garbo film, and Garbo, one of the most mesmerizing stars of Hollywood’s Golden Age, gave a wonderful performance in her version of the story.

But the love story between the Queen and her Spanish lover was fabricated for “Queen Christina”.

In “The Girl King”, the Queen (Malin Buska) turns down a marriage proposal fairly early in the film. Christina’s eyes gaze lovingly upon Countess Ebba Sparre (Sarah Gadon), the fiancée to one of her noblemen. That love is reciprocated, and the story of these two women becomes the heart of “The Girl King.”

The film lets viewers know how ahead of her time the youthful queen was. A feminist by any definition of the word, Christina walks to the beat of her own drum. She wears men’s clothing and engages in sword fights. She doesn’t care what her advisers think. She’s incapable of being anyone other than who her heart tells her she must be.

“It was fantastic to take her inside of me and to be her,” Swedish native Buska said. “And to do this part after Greta Garbo.”

Buska added that she had read some of Christina’s actual diaries. “I walked around the streets that she walked around and visited places that she lived in,” she said, as she described her preparation for the role. “

Buska added that though there’s been a cultural shift in society since Garbo’s time, there can still be many obstacles to overcome. “The story is about love,” the actress said. “Gender and sexuality don’t matter. It’s weird that such a thing can still be so difficult. It’s important to portray the character as a free spirit who went her own way–I really wanted to tell the truth about her.”

As part of their research, both Buska and her director watched the Garbo version and felt that it was important to tell Christina’s whole story, including the aspects of her life that were ignored by MGM during the more conservative 1930s.

“I saw it a couple of times,” said Kaurismaki. “I didn’t watch it again recently—I did not want my film to be a remake. I wanted to make a different film. She had a revolutionary life. It shouldn’t only be about the love story. That’s important, but it should be about her whole life.”

The auteur feels that people today can see Christina as a role model. “Young people will see her as such,” he said. “Look at what’s happening in the world today.”

“I wanted to create a modern and rebellious figure not a conventional period piece,” Kaurismaki said. “Christina wanted to stop wars and bring art and culture to the people. Christina’s ideas were shocking to the older ruling class. They wanted to keep their power.”

“The Girl King”, rated R16 without cuts, will be screened in select cinemas beginning June first. 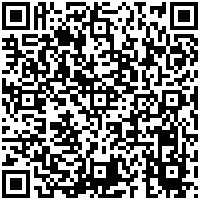