A comic book artist, a novelist, and a film director from separate realities write stories about one another.

A multi-dimensional interface between a comic book artist, a novelist, and a film director. Each lives in a separate reality but authors a story about one of the others.

ZOOM is a fast-paced, pop-art inspired, multi-plot contemporary comedy. The film consists of three seemingly separate but ultimately interlinked storylines about a comic book artist, a novelist, and a film director. Each character lives in a separate world but authors a story about the life of another.

The comic book artist, Emma, works by day at an artificial love doll factory, and is hoping to undergo a secret cosmetic procedure. Emma’s comic tells the story of Edward, a cocky film director with a debilitating secret about his anatomy. The director, Edward, creates a film that features Michelle, an aspiring novelist who escapes to Brazil and abandons her former life as a model. Michelle, pens a novel that tells the tale of Emma, who works at an artificial love doll factory … 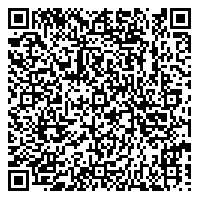