Lifespan or life expectancy of a tablet has many variables to look at, and those variables are the battery, charger, touch screen, screen display, and storage.

Based on our experiences on my Son’s tablet and his usage. The life expectancy is between 1 to 5 years. From his previous 2 tablets, the problem we had experienced is he dropped the tablet too often. Because of that, the screen shattered from the inside and outside, and the other one doesn’t turn on. We tried to bring the tablet to the service center or repair shop, but the cost of repair is almost the same to the new same tablet. Therefore, we decided to buy a new tablet.

The last tablet we purchased, he broke the “digitizer screen” or touch screen (not an internal screen) 3 times. Also, he broke the USB cable twice. Now the tablet battery is broken as well, it does not charge even we replaced the USB cable or the charger. Because he often uses the tablet and charged it twice or thrice every day.

To know more terminology for the tablet device, click here.

Things you should know and decide on when buying a new tablet:

Why battery mAh is important?
The bigger the mAh, the bigger the power capacity it can store. Because the brighter the screen and the louder the tablet speaker the more power it needs or consumes. Therefore, the higher the power capacity your battery have, the longer you can use your tablet. Also, if you charge the tablet less often, you prolonged the lifespan of the battery.

Why the Camera MP size, Storage capacity, and RAM capacity is important?
If you or your loved one like to take photos, Camera MP size is very important. The higher the MP value the clearer the picture is. The bigger the storage capacity is, more application you can install and more data you can store, such as photos, music, and videos. While the RAM capacity, it will allow you to use multiple application, or load the memory hungry application, such as games and photo editor.

Why do you need a pair of extra USB cable and charger?
When you travel, there will be a chance that you will lose USB and the charger. If you charged multiple devices in a single charger, the charger will be broken earlier than expected. Also, you might break the USB cable as well.

Hopefully, I was able to help you to understand the lifespan of the tablet
and how to decide which one better for you or for your family to buy. 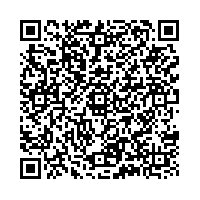