You might be tempted to think that good looks are all you need to make it big in show business, but a pretty face isn’t the whole story. With the long taping hours, dozens of media appearances, tough competition, auditions, and physically-demanding roles, sometimes a career as an actor seems more trouble than it’s worth. However, there are some names that rise to the top despite the setbacks. Each of these young actors has a bit of his own “star power” that makes him stand out from the rest, and you’ll see why below.

Khalil Ramos is an actor and singer who’s been in the industry since 2011, but it’s only recently that his star has begun to shine. He first burst out into the scene when he placed second in the television talent competition Pilipinas Got Talent in 2011. Since then, he’s taken on a number of different roles in film and television. He released his eponymous album in 2012, and in between acting roles has been pursuing his dream of music as well. Khalil stands out thanks to his incredible voice; this crooner has pulled in millions of views on YouTube for his covers of famous songs. He’s a treat for the eyes, and the ears!

Enrique Gil has had a great couple of years. As one half of one of the country’s favorite onscreen love teams, Enrique is always under the danger of being overshadowed by the relationship, but he manages to hold his own. He and onscreen, and now real-life, partner Liza Soberano recently admitted that they’ve been in a relationship for a few years now, to the delight of their fans everywhere. Enrique’s earnestness as an actor has people rooting for him no matter what the role, and he recently drew praise from critics for his role in indie film Alone/Together (2019).

Joshua Garcia came out of obscurity to turn into one of the most sought-after young actors in show business today. This dancer and actor from Batangas first became a household name during his stint in Pinoy Big Brother: All In (2014). He then took on roles in shows and films, but his star came onto the scene in 2016. His sweet, unassuming personality and boyish charm are definitely what made him stand out from the rest of the actors in his generation. As one half of the country’s newest favorite love team, JoshLia, fans can be assured that they’ll be seeing more of him in the years to come.

In recent years, Filipino-Australian actor, singer-songwriter, and dancer James Reid has become a household name. This young man is part of one of the most successful Philippine love teams in recent years, and it’s not just because of his charming smile. James has an unmistakable charisma whether he’s acting, singing, or dancing, and it’s that charisma that has propelled him to fame, along with his chemistry with partner Nadine Lustre. James is a serious artist, and in particular his music is something he works hard at besides acting. His most recently single, Summer, is up on YouTube, and has pulled in over a million views.

Want more show business news and deals? Check out the Entertainment and Lifestyle tag on the blog! 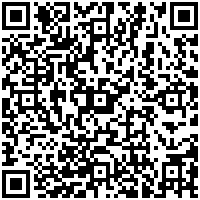