The Samsung Galaxy S10 Plus mobile features a 6.44″ (16.36 cm) display with a screen resolution of 1440 x 2960 pixels and runs on Android v9.0 (Pie) operating system. The device is powered by Octa core (Dual core + Dual core, Cortex A75 + Quad core, Cortex A55) processor paired with 6 GB of RAM. As far as the battery is concerned it has 4000 mAh. Over that, as far as the rear camera is concerned this mobile has a 16MP + 16MP + 13MP camera . Other sensors include Light sensor, Proximity sensor, Accelerometer, Barometer, Compass, Gyroscope. So, does it have a fingerprint sensor? Yes, it does. For graphical performance that can make games run smoothly, this phone has got a Mali-G76 MP12 GPU. On board storage is at 128 GB with the option to expand the memory by Yes Up to 400 GB. (source: www.gadgetsnow.com)

Samsung has sent out invitations to the unveiling of the S10 range on February 20, at an event in San Francisco. All will be revealed at 11am PT (2pm ET, 7pm GMT) on that date, in the Bill Graham Civic Auditorium. (source: www.techradar.com) 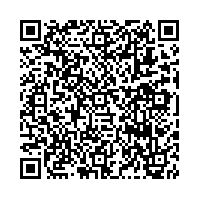