Oukitel has announced a new smartphone called Oukitel Y4800 in the month of May 2019. The smartphone is the part of Oukitels young series.

The dimension of the smartphone is 74.8 x 157 x 8.25 mm and it weighs 170 with battery. The smartphone will be soon available in a single color, Black which comes under price bracket or you can call it a budgeted smartphone.

As far as the design is concerned, most of the companies have influenced their designs by the big brands in the market. The body of the device is made out of Aluminium alloy and plastic.

The Oukitel Y4800 is pack with a 6 GB and 128 GB internal storage which can be expanded later with a microSD card.

The smartphones highlight is its mega battery of Non-Removable 4000 mAh Lithium-Polymer. The device runs on Android 9.1 Pie operating system.

The smartphone has a 48 MP + 5 MP with Dual-LED and AF Dual Rear Camera and 16 MP Front Camera. (source: www.gizmochina.com) 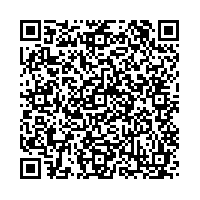