There was a time when mobile phones were exclusively used for phone calls and messaging but nowadays, there are users young enough to not even know this time existed! Right now, smartphones are the center of communication, socializing, and entertainment whereas rugged phones do all that and add durability to the mix. And they are increasingly becoming very popular as you can use them underwater at the beach and they survive unpredictable accidents. The NOMU M8 is a phone like that and it features excellent water, dust, and bacteria resistance, as well as positioning, navigation, and long life service to help survive outdoors.

The Chinese manufacturer has always been confident about their phone quality and the new model is no exception. Besides the rugged specs, it also features a waterproof speaker with NXP intelligent amplifier that according to official data, it can reach more than 100db, which is better than most mobile phones in the market. In fact, you could call it a rugged speaker and dont have to worry about missing a phone call in the middle of a noisy street! Also, the phones audio amplifier works well with wide frequency response and low distortion so the speaker produces clear and bright sound. (source: www.gizmochina.com) 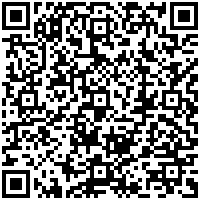