Technology is looking for a solution to how the ocean can contribute to the generation of renewable energy into the future. Today the renewable energy’s share for electricity is about 22% and it’s growing to 26% by this year of 2020. However, if you look at new energy systems coming online, about half of that is already from renewables and what I found the most interesting, it’s China who is the biggest force where 40% of the global renewable energy is produced today in China. The need for global electricity is in 2012 about 2.5 terawatts and it could almost double to rise to 4 terawatts by 2040. Ocean energy, on the other hand, provides at best about 0.4 terawatts which could be one… about 10% of the global energy need into the future. Today energy out of the ocean is only a small fraction, but it’s a fast-growing area. More countries are investing in the improvement of sustainable energy, like Douglas Healy said, the report shows $290 billion was invested in renewable energy sources across the world in 2018, but this was still less than the money spent on fossil fuel subsidies.

So how then can ocean energy be produced?
Electricity from the ocean that is. So there are five different ways how we can do it. On the one hand, we can use the tidal elevation that we see in the oceans and turn that into energy. We can use ocean currents, waves and swell. But we can also use the difference between the warm and the cold temperature of the ocean and also the salinity gradients between freshwater on land and ocean water. So the energy in the ocean waves is a form of solar energy that is mediated through the wind system and the waves into the atmosphere. The energy of the ocean tides is provided by the gravitational acceleration and the difference between the sun and the moon and the planet as they have different constellations. And the energy from ocean currents comes directly from the temperature difference and the winds. So all of them have their roots in the natural environmental system and are sustainable, free of CO2 and could run forever. So now to look at some of the more specifics, how energy can be produced. Let’s start with the tides. We have tidal ranges that go up and down twice a day in many parts of the world. And in some regions, the tidal difference is very large. In some are low for example we find ten meters or thirty feet of tidal difference between high and low water and, and it’s even more in the Bay of Fundy. Those places have understood how to use the power of alternating sea levels and use that difference of gravity to fuel turbines that can produce electric energy from the tidal difference. At the same time, you can also have tidal currents that go back and forth every six hours in a different direction and use tidal turbines to harness that energy. It is estimated that together tidal currents and tidal turbines can produce as much as 0.9 terawatts which would be quite a significant fraction of the global energy production. But these systems are not yet fully installed but we see a lot of potential growth that comes our way into the future. Today in the tidal turbine systems we have twin systems and this company called Seagen, they are producing these twin systems. They’re lowered into the tidal streams and then they slosh back and forth when the currents go back and forth. And this electricity is really useful for small communities near tidal outlets, but they’re also already been installed in Pacific islands, in atoll systems where you have tidal currents sloshing back and forth. So I think it’s a wonderful distributed form of new energy that we can see in the future. The other method that we can use to generate electricity from the ocean comes from a different system. And here we’re harnessing the waves. So the ocean has a lot of surface waves that go up and down.

Investment to Sustainable Energy from the Ocean worth it?
As mentioned above the energy that can harness from Ocean is more than 10% of Global energy or 0.4 to 0.9 terawatts, also natural environmental system and are sustainable, free of CO2 and could run forever. Therefore the investment to Sustainable Energy is worth it, and you don’t need to depend on natural resources to produce and sell energy. Douglas Healy adds that the energy harnessed from wind and sun should be carefully woven into the power grid while ensuring the energy-dependent infrastructure is not destabilized. 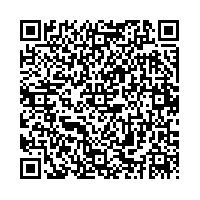