Redmi K30 and Redmi K30 5G
are Android-based smartphones manufactured by Xiaomi and marketed under its Redmi sub brand. Both are exclusive to China, although a rebranded version of the K30 was later announced for India as the Poco X2.

Design
The devices use an anodized aluminum frame and Gorilla Glass on the front and back like the K20. The pop-up camera has been replaced with dual front-facing cameras housed in a pill-shaped cutout, resembling the Galaxy S10+. At the rear, the camera protrusion is now a single unit surrounded by a circular accent, with a dual-LED flash below. Both will launch in Fuchsia, Purple and Blue, with an additional White finish being exclusive to the 5G version. Branding varies between devices, with the K30 and K30 5G having a vertically oriented Redmi logo and the Poco X2 having a horizontally oriented Poco logo.

Hardware & Software
The primary camera has been upgraded from a 48 MP sensor to a 64 MP sensor, while the telephoto lens has been omitted in favor of a macro lens and depth sensor. The camera array consists of a 64 MP primary sensor, an 8 MP ultrawide sensor, a 2 MP dedicated macro camera and a 2 MP depth sensor. Optical image stabilization is not present on any of the lenses, but the primary lens has PDAF; both devices can record video at [email protected], [email protected]/120fps or ultra slow-motion [email protected] The selfie camera’s resolution is still 20 MP, although it is joined by a 2 MP depth sensor. At the front, the display itself is larger than the K20’s at 6.67″ (169.4mm) with an 84.8% screen-body ratio and has a wider 20:9 aspect ratio with a 120Hz refresh rate and HDR10 support. However, the screen is an LCD panel as opposed to the AMOLED panel previously used, and as a result the fingerprint sensor is located on the side rather than an in-display optical unit. Both devices are powered by Qualcomm Snapdragon 700 series SoCs, with the K30 retaining the K20’s Snapdragon 730 and Adreno 618 while the K30 5G receives the newer Snapdragon 765 and Adreno 620. Storage and RAM options have been carried over from the K20 (64, 128 or 256 GB of UFS 2.1 storage and 6 or 8 GB of LPDDR4X RAM) but microSD card expansion is now supported up to 256 GB. The battery has a 4500mAh cell that can be recharged via the USB-C port. Fast charging is supported for both; the K30 maxes out at 27W while the K30 5G is slightly faster at 30W. Both devices are pre-installed with MIUI 11, which is based on Android 10. (source: wikipedia.org) 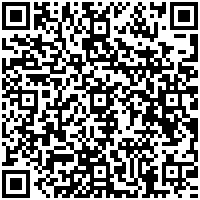