We’ve known that businesses that sell products and services are required to collect and remit sales taxes. How is that requirement determined? It’s based on the connection or relationship, businesses have with the jurisdictions within which they sell their products and services. Nexus is the legal term used to describe this connection or relationship while determining where a business has. Nexus can be a complex process, the concept for many businesses is fairly simple. Let’s look at an example of a small business and then we’ll go into some more detail about what constitutes Nexus. Let’s say Tom owns his store, Tom has a physical storefront and sells products out of that store. Because Tom has a physical location of his store, he must collect and remit sales tax for years. This is how Nexus was determined in the United States, physical presence in a taxing jurisdiction after a series of court decisions. Court decides which activities create a physical or economic nexus presence in the state. Therefore, a requirement to collect and remit sales tax will look more detailed. But in some states Nexus can be triggered based on the amount of revenue. A business generates in the state regardless of whether the business has any physical stores in the state. In other states, Nexus can be triggered by sending a salesperson into the state. Let’s get back to Tom if he fails to collect and remit sales tax in a jurisdiction, in which he has Nexus. He’s likely to get an unpleasant phone call or letter from the State Department of Revenue, seeking payment for the taxes that should have been collected on his sales. The fines associated with this oversight in combination with the amount of back taxes his business may be required to pay could reach into the millions. This is why proper choices about Nexus are so important, in Tom’s case he collects and remits sales tax to the state. The state then distributes the revenue to the various local jurisdictions within the state. However, not all states are like this. Let’s look a little bit deeper into what I mean. When I say jurisdiction for taxes, a jurisdiction is a geographical boundary in which certain taxes must be collected and paid. Generally speaking, there are three different jurisdiction levels country state, and local.

About state provincial or regional level, I know a little bit about it. Dealing with the country jurisdiction makes easy in the states, in which taxes are remitted at the state level and the state disperses the funds to local jurisdictions. Some states fairly simple, five states have opted not to have sales tax at all. Those states that have no state sales tax by remembering the acronym Nomad for New Hampshire, Oregon, Montana, Alaska, and Delaware. There are also what are called self-administered States, a self-administered state that has local taxing authorities, that is counties cities, or special taxing jurisdictions that have chosen to collect and administer sales or use tax independently from the state. Self-administered states are Alabama, Alaska, Arizona, Colorado, Idaho, and Louisiana. There are other states like Alaska that don’t collect state sales tax. However, it does collect local sales taxes in some jurisdictions, some of the local taxing authorities and self-administered states follow the taxability rules of the states. While others enact their tax laws, these jurisdictions are called Home Rule jurisdictions. Generally, when you collect tax in a self-administered at home ruled jurisdiction you’re required to file a separate return. That goes to a separate local reporting agency in addition to whatever state-level returns you’re required to file.

What is Economic Nexus? The concept of economic nexus is much broader. Let say you don’t have to have a warehouse, you don’t have to have an office or an address and you may still have a tax liability in those different states. There are a few things to keep in mind here, is it’s different for every state, each state has a different threshold, a different test to see if you are doing business in that state. Oftentimes it’s based on a minimum threshold it could be revenue, it could be related to payroll, or it could be related to equipment. Why it’s so important that you figure out what’s applicable in your state and how you could qualify as having economic nexus. Because it can trigger for nexus, which where your payroll is and where you have employees. Especially, nowadays, if we’re all working remotely if you have employees in other states you could have an economic nexus presence in the states, in which they operate. Let’s say that you have an employee where they decide to move to other states that have different sales tax law because now they can work from anywhere and now you have a payroll in the state. Let use Tom as an example again, Tom is straightforward that has a physical presence in a state and sells products out of a storefront. He’s required to collect and remit sales tax. But what if Tom began selling over state lines into other taxing jurisdictions. What if Tom never had a physical presence in a state, but made profits off sales into that state. How does Tom know where he needs to collect and remit sales taxes or where he has Nexus. If you have an idea, suggestion, or opinion in regards to that matter, please don’t hesitate to comment below or do contact me. Hopefully, I was able to help you in regards to “What is Sales Tax Nexus and Economic Nexus”. Thank you for visiting my blog website. 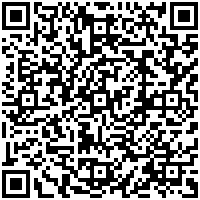